Currently, to produce those micro-LED micro-displays, hybridization of micro-LED arrays with CMOS active matrix (AM) driver ICs using flip-chip technology is one of major solutions. However, there are several main drawbacks in this manufacturing method. First, flip-chip is a chip-level process, making it a low through-put hence high cost process. Second, the thermal mismatch between the LED epi substrate and Si substrate of ICs introduces build-in stress during the bonding process, which may cause manufacturing yield loss and long-term reliability issues to the hybrid chips.  Furthermore, limited by the alignment accuracy of the bonding equipment, it is difficult to push the pixel pitch down to a few microns. For applications in AR that requires ultra-compact high resolution micro-displays with pixel pitch of 5µm or below, a new manufacturing approach is needed. 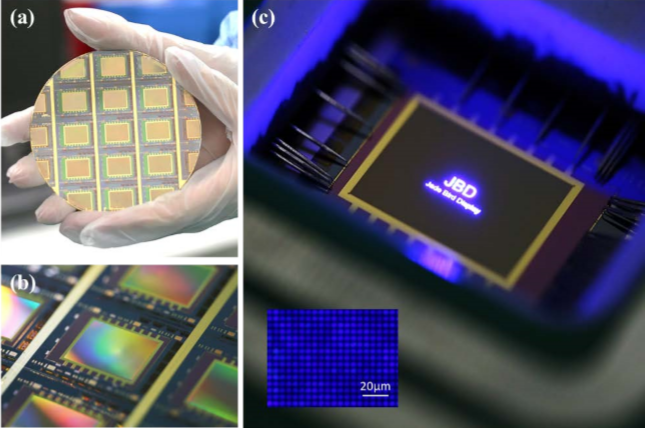 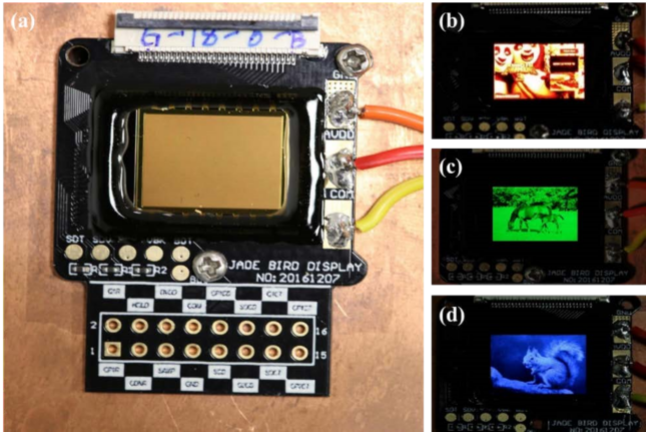