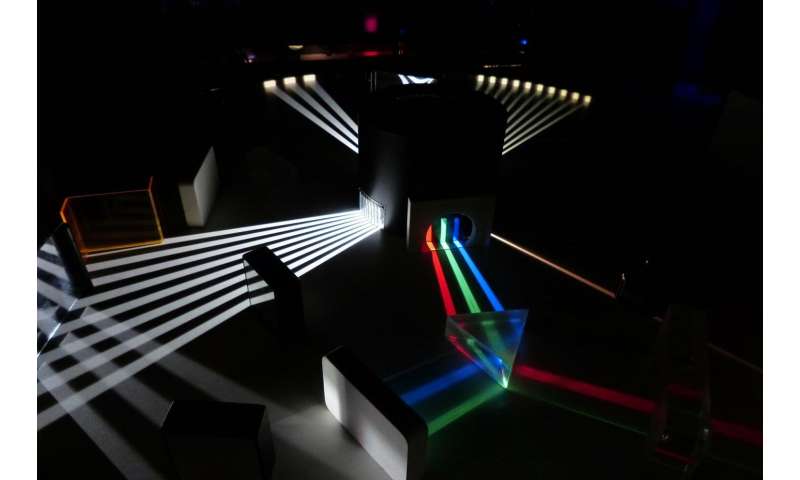 A discovery by two scientists at the Energy Department's National Renewable Energy Laboratory (NREL) could aid the development of next-generation semiconductor devices. The researchers, Kwangwook Park and Kirstin Alberi, experimented with integrating two dissimilar semiconductors into a heterostructure by using light to modify the interface between them. Typically, the semiconductor materials used in electronic devices are chosen based on such factors as having a similar crystal structure, lattice constant, and thermal expansion coefficients. The close match creates a flawless interface between layers and results in a high-performance device. The ability to use different classes of semiconductors could create additional possibilities for designing new, highly efficient devices, but only if the interfaces between them can be formed properly.

Park and Alberi determined that ultraviolet (UV) light applied directly to the semiconductor surface during heterostructure growth can modify the interface between two layers. Their paper, "Tailoring Heterovalent Interface Formation with Light," appears in Scientific Reports. "The real value of this work is that we now understand how light affects interface formation, which can guide researchers in integrating a variety of different semiconductors in the future," Park said. The researchers explored this approach in a model system consisting of a layer of zinc selenide (ZnSe) grown on top of a layer of gallium arsenide (GaAs). Using a 150-watt xenon lamp to illuminate the growth surface, they determined the mechanisms of light-stimulated interface formation by varying the light intensity and interface initiation conditions. Park and Alberi found the UV light altered the mixture of chemical bonds at the interface through photo-induced desorption of arsenic atoms on the GaAs surface, resulting in a greater percentage of bonds between gallium and selenium, which help to passivate the underlying GaAs layer. The illumination also allowed the ZnSe to be grown at lower temperatures to better regulate elemental intermixing at the interface. The NREL scientists suggested careful application of UV illumination may be used to improve the optical properties of both layers. Source:PHYS