Vertical stacking of semiconductor devices has become an increasingly viable approach to enabling continuous improvements in device density and performance. Wafer-to-wafer bonding is an essential process step to enable 3D stacked devices. However, tight alignment and overlay accuracy between the wafers is required to achieve good electrical contact between the interconnected device on the bonded wafers, as well as to minimize the interconnect area at the bond interface so that more space can be made available on the wafer for producing devices. The constant reduction in pitches that are needed to support component roadmaps is fueling tighter wafer-to-wafer bonding specifications with each new product generation.

"To our knowledge, this is the first reported demonstration of sub-1.5µm pitch copper hybrid bonding feasibility," said Frank Fournel, head of bonding process engineering at Leti. "This latest demonstration represents a real breakthrough and important step forward in enabling the achievement and eventual commercialization of high-density 3D chip stacking."

This demonstration is summarized in a paper co-authored by Leti, titled "1 µm Pitch Direct Hybrid Bonding with <300nm Wafer-to-wafer Overlay Accuracy," which was presented at the 2017 IEEE S3S Conference.

"3D integration holds the promise for increased device density and bandwidth as well as lower power consumption for a variety of applications, from next-generation CMOS image sensors and MEMS to high-performance computing," stated Markus Wimplinger, corporate technology development and IP director at EV Group. "As a leader in 3D integration research and development, Leti has been at the forefront in moving this critical technology toward industry adoption and commercialization. EVG shares that vision, and we are pleased to have played a role in supporting Leti's latest achievement in 3D integration." 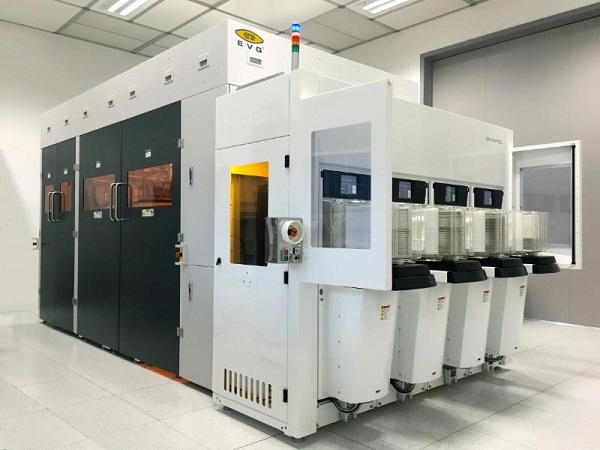